AMYRL Director2019-09-19T15:45:23-04:00September 19th, 2019|Uncategorized|
(this is a series originally published on the library’s Facebook site)
Enjoying the chilly feel outside? Let’s take it back a couple of weeks and read a story by AMY Regional Library’s local historian and Special Collections Librarian, Mr. James C. Byrd:
Dog Days of Summer Have Ended at Altamont in Avery County and Elsewhere
Dog Days of Summer, locally known as Dog Days, begin yearly on July 3 and continue 40 days through August 11. More than likely, they were hardly mentioned in Altamont and all of Avery County this summer, but they were often talked about in long past years because of the belief in their influence on the weather, crops, animals, and people.
The history of Dog Days can be traced to ancient Egypt and Sirius, the Dog Star, which is the sky’s brightest star at night. Flooding along the Nile River was associated with Sirius. The ancient Greeks and Romans did not like Sirius. They believed that the big star brought evil with d 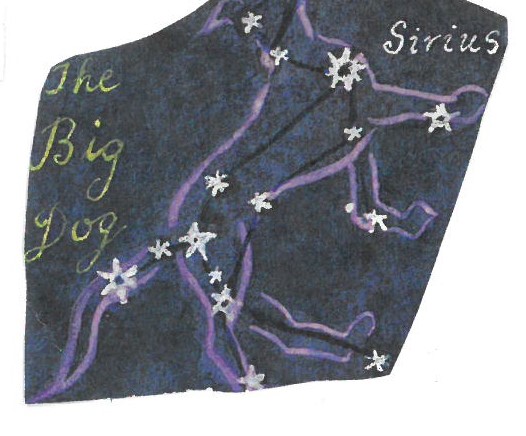 rought, disease, and discomfort.
In the United States the Old Farmer’s Almanac describes Dog Days as being “the hottest and most sultry days of summer.” In the Appalachian Mountains, beliefs about Dog Days influenced what people did during the 40 day period. Among these beliefs were no swimming with a cut or nick on the body to prevent a terrible infection; snakes shedding skins would cause them to be agitated, get meaner, and have limited vision; dogs were lazier and might go mad; setting eggs so they would not hatch during the forty days; putting the right sock on first to keep from breaking a leg; cars would not drive as well because the gas got thick; beans should not be hoed or they would drop off the vines; and sage for seasoning food should not be gathered.
Regarding weather, bright and clear days would bring a happy close to a year, but rainy days foretold of heartache and despair until the year ended; no rain on the first day would be followed by no rain for forty days; and rain on the first day would result in rain every day.
Interesting facts about Altamont: The word means “high place.” Nine other places in the United States are named Altamont. It was in Altamont that Colonel John B. Palmer, a western North Carolina war leader, built a fine house on the land he called Grasslands. A post office was in existence from 1909-1953. In Thomas Wolfe’s Look Homeward Angel, Asheville is Altamont. It is not known why Wolfe chose Altamont, but he could have looked on a map of the region, saw the name and liked it.
FacebookTwitterRedditTumblrPinterestEmail