From the Desk of Mr. James Byrd: Thomas Wolfe, the Trial, and My Dad 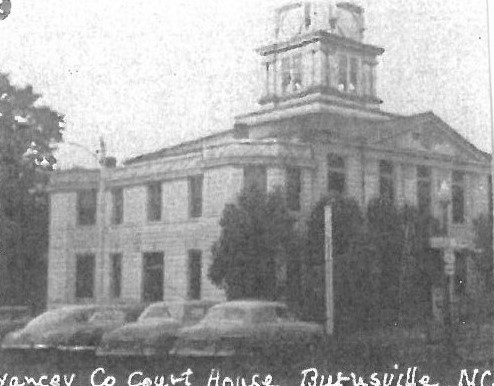 Thomas Wolfe, the Trial, and My Dad

October is here again and we remember Thomas Wolfe and his birthday on Oct 3, 1900.  Many of his birthdays had passed when in early May, 1937, he was on his way home after being away for seven years.  He had hurt and angered his family, relatives, and other residents in Asheville by revealing secret and embarrassing details about their lives in Look Homeward Angel.

He decided to stop in Burnsville.  After arriving at the Nu Wray Inn, he called his mother to see how he would be received in Asheville.  What she told him helped to ease his concerns.  A major reason that Wolfe wanted to stop in Burnsville was to go to the South Toe River area to see his mother’s Westall relatives, who had been talked about by her numerous times.

That night, he left the Nu Wray Inn and walked out in the street to buy a Coke and cigarettes.  He witnessed a fight that was in progress and dodged bullets.  The fight was stopped, but was resumed a week later with a life being taken.

The men charged with the crime were brought to trial.  Trials in Yancey County, especially ones for murder, filled the courtroom to overflowing with people like my Dad.  Being a farmer from out in the country, he did not know that Wolfe was a great American writer from Asheville, but he remembered a very tall man with huge hands being called to the witness stand and testifying about what he had seen.

Years later, he told me about seeing Wolfe.  It means much to know that Dad and others saw one of the most famous men to ever come to Yancey County.  I wish that I could have been there with them.

History of the Town of Burnsville