From the Desk of Mr. James Byrd: Remembering Old Christmas 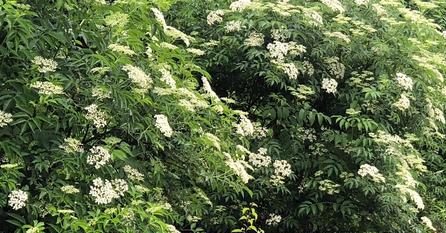 When the change was made from the Julian calendar to the Gregorian one in 1752, eleven days were dropped.  December 25th became the date to celebrate Christmas instead of January 6th, which came to be known as Old Christmas.  It notes the date that the Three Wise Men arrived at the manger with gifts for the Christ Child.

Many people in Europe did not want to change from Old Christmas to what was referred to as New Christmas.  When settlers came to the New World after 1752, there was widespread belief that celebrating the holiday should continue on the date that it had originally been.

Twelve Days of Christmas began on December 25th and continued until the eve of Old Christmas.  It was a time of celebration with amusement and merriment among our ancestors here in the mountains and other places.  Neighbors gathered to have fun by singing, dancing, serenading, building bonfires, making loud noises, having quilting bees, giving simple and homemade gifts, fixing candy, and feasting.

Festivities ended when Old Christmas arrived.  A solemn time followed with reading the story of Christ’s birth from the Bible and having prayer.

Beliefs about Old Christmas Eve came from here and other places, and are remembered as a part of our mountain heritage.  Among them are the following: That at midnight animals bowed on their knees to pray; that even though the ground was frozen, elderberry bushes came up with leaves and bloomed; that honeybees in bee gum hives made buzzing sounds as if they were going to swarm; that roosters began crowing at midnight and continued until daybreak; and that water turned to wine.

As the years passed, celebrations of Old Christmas became less known, but one has continued in Rodanthe on the Outer Banks of North Carolina and has received wide publicity.